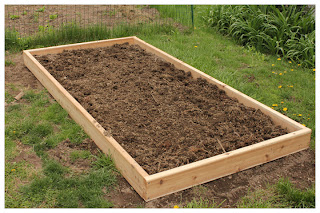 I think I mentioned before that I have plans for expanding my garden this year. Well, I finally got around to adding that raised bed I wanted. I already had a traditional garden consisting of rows, but I've been reading more about the benefits of raised bed gardening and had to try it. Eventually I think my traditional rows will be converted too, but I have to wait until I harvest my potatoes and onions and whatever else I decide to put in that bed.

So, what are the benefits besides looking freakin' awesome?  Raised garden beds allow you to maximize the  space you have available. They extend your growing season because the soil heats up faster in the spring and holds that heat longer in the fall and because the soil in and under the raised bed is loose, the roots of your plants can reach much deeper, which in turn reduces the need to water as much. Who doesn't love that? The list goes on, but those three are deal breakers for me. 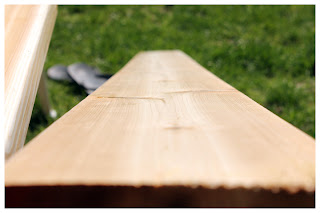 When you build your own raised bed, the materials you chose are very important.  Though you might be lured by cheap lumber,  stay away from treated wood. The chemicals  the boards are treated with will most certainly be absorbed into the soil and in turn, your plants.  That kind of defeats the purpose of organic gardening am I right?  When choosing  lumber, also keep in mind that if you go for an untreated pine, it will, in time rot and need to be replaced. If you don't mind that, more power to you,  but if you'd like the structure to last, go for a nice cedar or red wood. Though your upfront cost is greater, these boards will last you a long time. 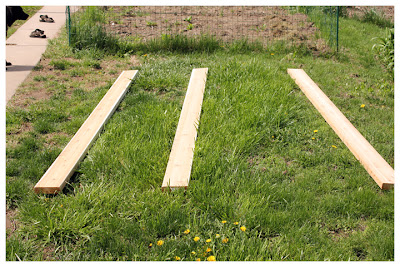 Decide how big you'd like your bed to be.  I allowed cost of supplies to dictate the size of my raised bed. I purchased three cedar 2x6's. At 15 bucks a pop, I figured an eight by four foot bed would be sufficient for now.


I used two eight foot boards for the sides and cut the third board in half for the narrow ends.


Next I drilled four pilot holes, two on each end of the four foot boards. 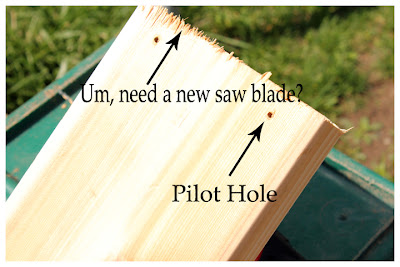 Then, with Chris's help, I attached the four foot boards to the ends of the eight foot boards with wood screws. 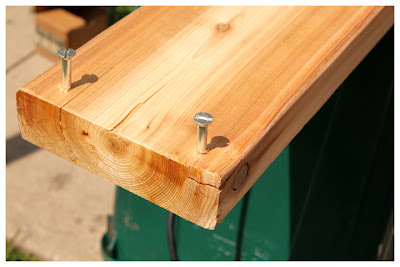 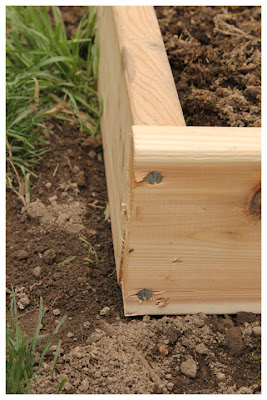 With shell constructed we carried the wood structure to the ground where the raised bed would be. 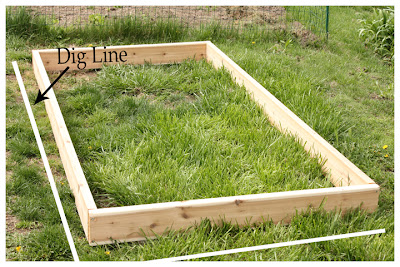 With a spade, I dug a line around the wood frame. Moving the wood frame aside, I began digging out the sod and dirt for my raised bed using, are you ready for this one, the bastard trench method. 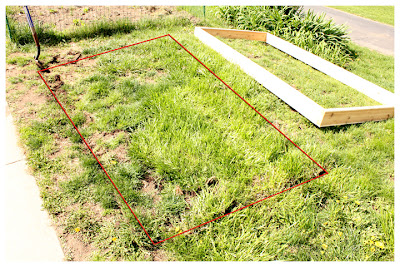 I have no idea why this is called bastard trenching, but there you go, it is what it is! So I bastard trenched this baby and this is how it works:

Continue in this way until your reach the very last hole. 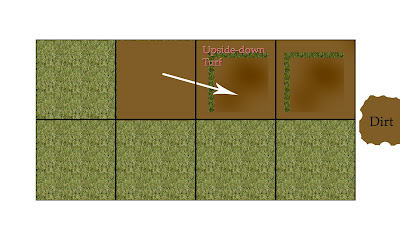 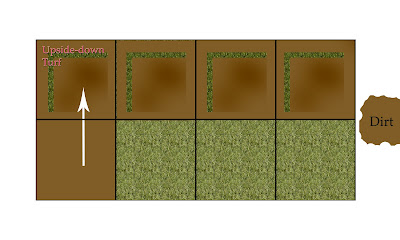 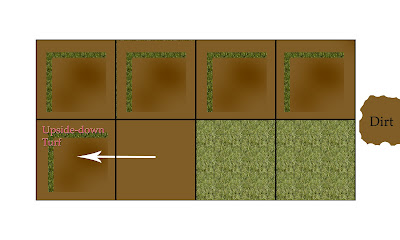 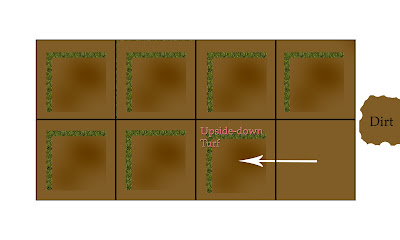 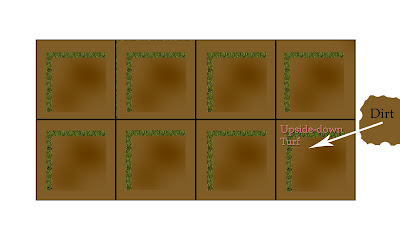 Once you've reached the last hole, use the sod and dirt from the very first hole you dug to fill it in.

With the ground sufficiently bastard trenched...I love saying that for some reason, it's time to place your wood frame over the turned soil. 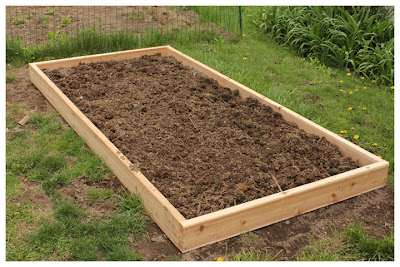 Once the bed is leveled (this is important because of drainage) it then can be staked down, which I have not done yet, but will. Chris added a nice layer of compost from our compost heap. When it stops raining I will mix more loose soil with the compost and my raised bed will be ready for plants. 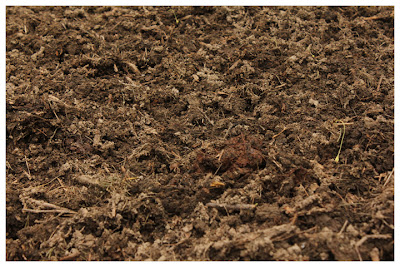 There you have it, a raised bed and how to bastard trench...yeah still not tired of saying it!
Posted by Angela at Thursday, April 28, 2011