How to make a Shadow Box Frame 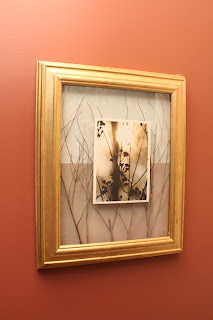 As you know my middle name is cheap. No really, my mother and father took one look at me and named me Angela Cheap Faust. And rightly so. My mom is a "Ho-maker." True story. On my marriage license it lists my mom as a "homaker" instead of homemaker. Apparently the person who took the information from us didn't know how to spell or just didn't hear me right. Long story short, my mom's a "homaker", which makes me well...you know.

But NO I'm really not that kind of cheap, I'm frugal. I hate spending more then ten dollars for anything and that figure goes down the smaller the item is.

Speaking of being cheap, I love shadow box frames. They are really a great way to frame objects with some dimension to them.  I'm not so fond of dishing out the money for them when I have a million frames in my attic that just need a little TLC. Today I want to show you how I made a shadow box frame with two frames I had just laying around.

First I started with my attic frame finds; two gold frames where one was slightly smaller than the first. 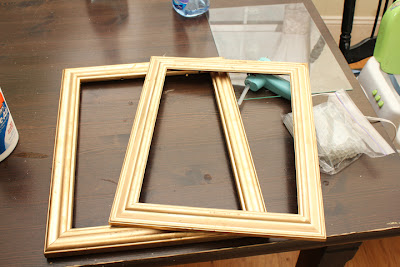 I hot glued and white glued the smaller frame to the larger frame. 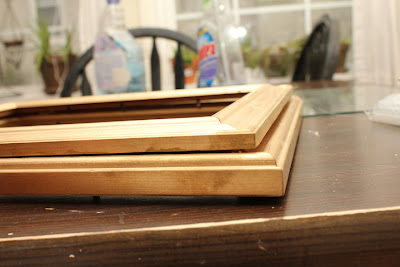 With the two frames glued together you have twice the depth of a normal frame and you have a little room to frame out some 3-d objects. 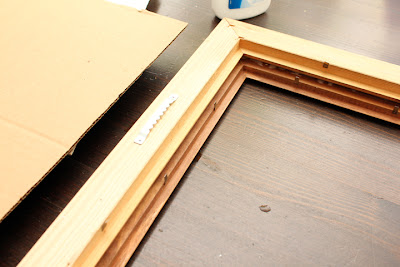 The next step involves placing the glass in the frame. You can do this the traditional way by adding a mat and using the claps to hold the mat and glass in place or you can do it the way I did it here and hot glue the glass in place. Be careful though not to glue around the entire frame. Just put a dot on the top, bottom and sides. Do this in case your glass breaks and you need to replace it. 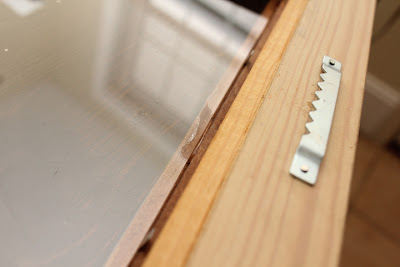 I'm going to be framing a photo with some branches behind it. The branches I have are the winter remnants  from Russian Sage bushes I had growing in the garden. I like using these branches because they look  like they'd be from a tree, but they very flexible and easy to manipulate. 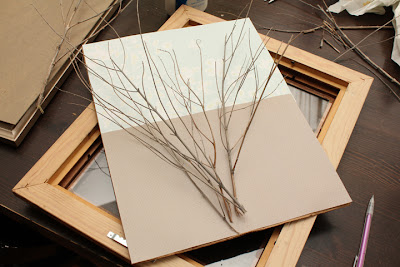 The cardboard backing is jazzed up with a like scrap book paper, but you could use fabric or paint to get a similar effect. I hot glued the branches to the bottom inner lip of the frame when they were in the shape I liked. 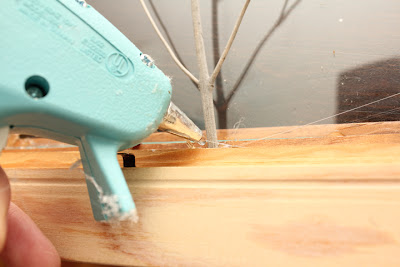 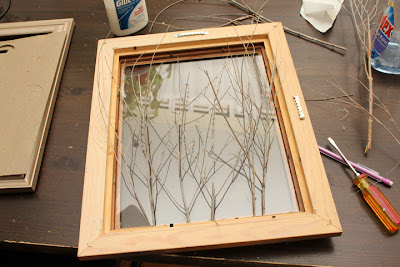 Now time for the photograph. I chose a nature photograph that my sister took of a weeping cherry tree. Beautiful right? 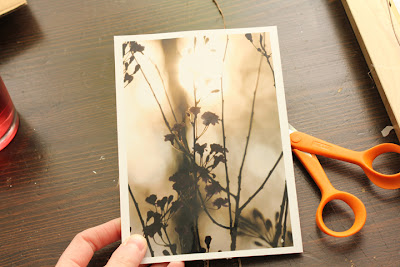 It already has a nicce white frame, so didn't have to add a mat to make it look nice. Next I glued the photo to a piece of cardboard that was slightly smaller than the picture. I didn't want to see any ugly cardboard poking out the sides. 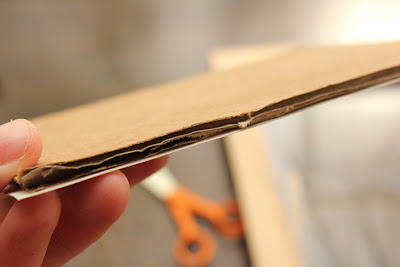 I want the photo to sit closer to the front of the frame, so I'm gluing a three layer thick piece of cardboard to the back as a spacer. 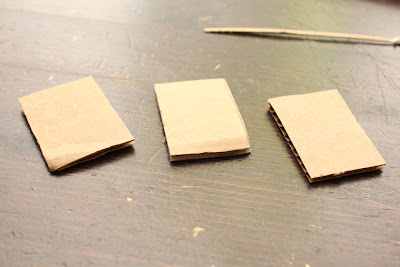 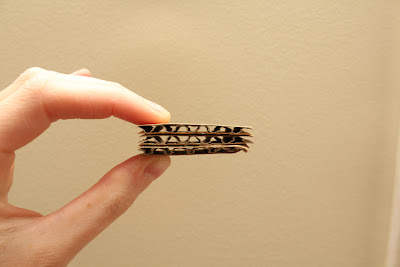 After the photo is placed in the frame and carefully fitted in front of the branches, I glue the spacer to the back of the photo. When that is secure, I then lined the cardboard backing (the one with the decorative paper) with the photo. When I feel everything is in place I add a dollop of hot glue to the three layer spacer and carefully put the backer in place, using my hands to put a little pressure on the glue to ensure it attaches. 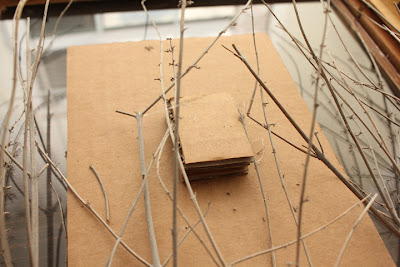 The finished frame looks like this and it cost me $0!! I love that! 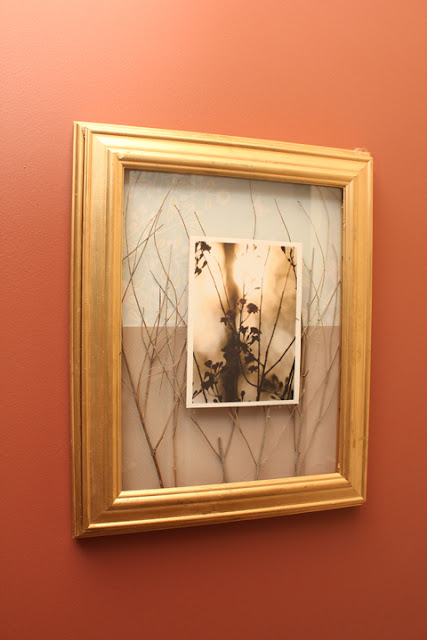