Tiolet paper rolls on the wall 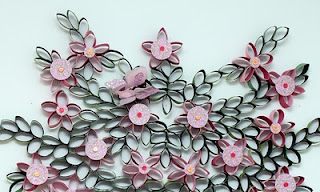 Think twice before you pull that last square of toilet paper off the roll, then throw that roll in the trash. You could be throwing away magic! Alright maybe not magic. How can anything left over from days of wiping your butt be magic? But they could definitely make a potential piece of art!

I didn't come up with the idea on my own, though if you know me you would think that I would find inspiration in bathroom paraphernalia. Actually this project was inspired by a photo I stumbled across on the internet of toilet paper rolls cut down to size and glued into designs.

It was just too awesome and the possibilities were endless! I thought that it would be cool with a little bit of color in the girl's bedroom. So, off I set to the task of collecting weeks and weeks of toilet paper and paper towel rolls. I filled two shopping bags full of these things and I must have looked like such a hoarder to my family and friends who had no idea why I was collecting the rolls. 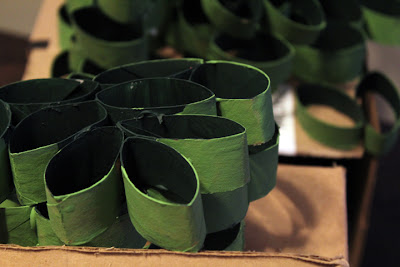 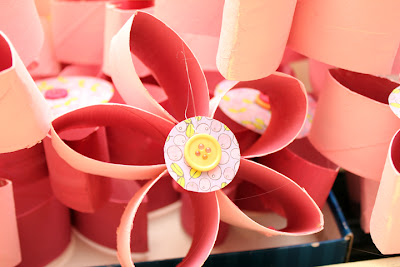 I had to make sure the entire piece lay flat, so I had to use extra care that each roll was flat against the floor while I was gluing. I added a butterfly as a final touch for Abby and hung the wall hanging on the girls bedroom wall with some nails. May I say it was very easy to hang! 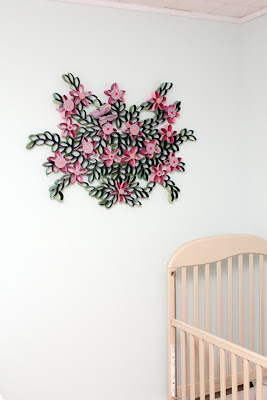 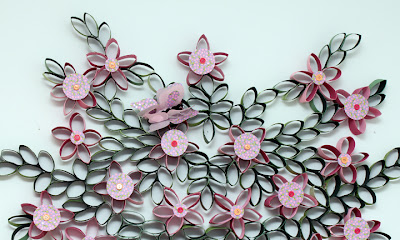 I'm thinking of doing a more grown-up version for the living room. I think it might be nice to have it weave in between my picture frames. Something to think about I suppose.

Well, I hope I've left you with some inspiration and the idea that even something used for evil i.e. wiping your butt, can be used for beauty and good. Much like God does with us right? Now, I do draw the line at wall hangings constructed out of tampons or maxi pads.