Nothing fast about 'em, breakfast bars!

Let me paint a little picture for you. It's 7:45 in the morning. I just got back to sleep after going to the bathroom for the fourth time and finding a comfortable position to fall asleep in.

Then, the sound of pitter-patter coming toward my door. I open one eye, praying the whole time that 's a rat or maybe a rogue squirrel that's trapped in my house. But I'm not that lucky! No, these pitter-patters are coming from someone who weighs roughly 35 lbs and I know what she's going to say and she's going to say it in the most pathetic voice you've ever heard... "Mommy, I'm hungry!"

I know some of you are thinking "tell her to get some dry cereal", right? Well, I've considered that, but I have children who love and need routine (otherwise their heads spin) and this doesn't make my life simple!! Besides, they love milk in their cereal and have you ever watched a six year old pour a gallon jug of milk? Not pretty!


Homemade breakfast bars!
So here's my attempt to try to appease the kiddies: 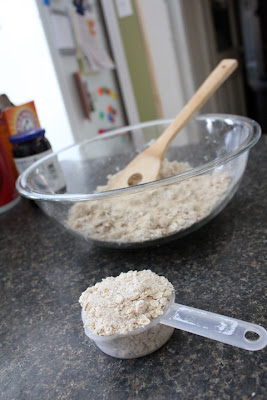 Reserve 1/2-1 cup of flour mixture (this will be the top layer of the breakfast bar. 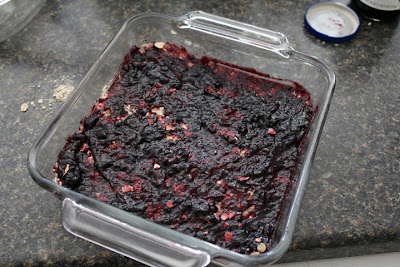 Just so you know, these were kid tested and approved.
But is it cost effective?(assuming I use mostly generic ingredients)  Lets break it down: