Owen (my youngest) is getting really big, not that this is unusual for a baby, but seriously this kid is big. Chrissy (my sister/person I boss around the most) said he reminds her of that cute little Indonesian baby who smokes cigarettes... 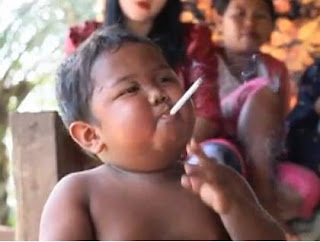 okay a bit of an exaggeration.
That kid's like two and Owen doesn't smoke two packs a day. Not to mention, smoking babies are NOT funny! Can you imagine a two year old having a nic-fit? I have a two year old and I can't even wrap my brain around that kind of insanity!

Owen is a big boy. He's at least 20 pounds (9.072 kg, for my metric friends) and he's only five months. He outweighs some of his year old counterparts!

I'm discussing how big this boy is because the bigger he gets, the more milk he demands! Guess where that milk comes from...yeah me! I'm a tall and lean person normally, but when breast feeding, I look like Olive Oyl and Dolly Parton's love child! 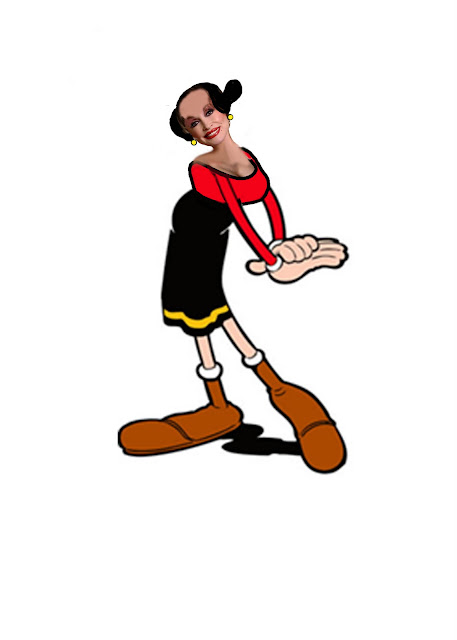 Wow how scary is that? I'm not that bad, but lately I feel I might look pretty darn close! Feeding the baby has only made matter worse...eh hem, if you know what I mean. ANYWAY, even though little (ha ha) Owen is five months I've made the decision to start him on solids.

I started him on a little rice cereal. You would have thought that I was feeding him brussel sprouts. He HATED it. Really? Who hates rice cereal? Oh well. Next I tried a little fruit with the cereal, hoping that a little more flavor would make him see the light. Nope, didn't like that either. Great! I have a little boob addict!

In my desperation I grabbed some carrots from the garden hoping that a nice carrot puree would tempt him! 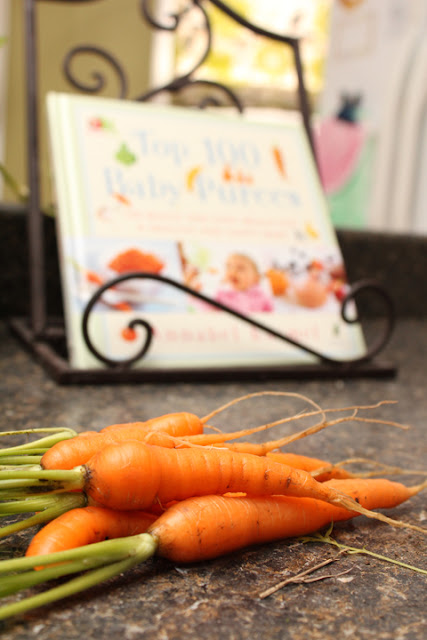 I pulled these carrots from my garden! Using the book, Top 100 Baby Purees

(awesome book!) I created a delicious carrot puree for Owen to enjoy! 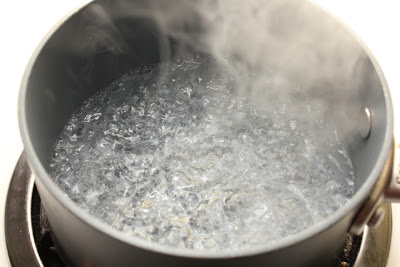 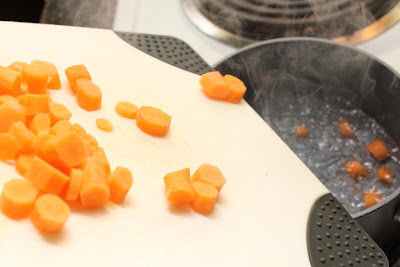 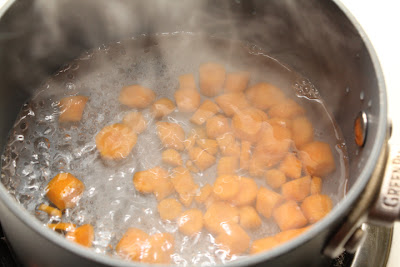 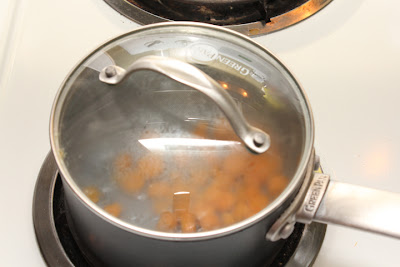 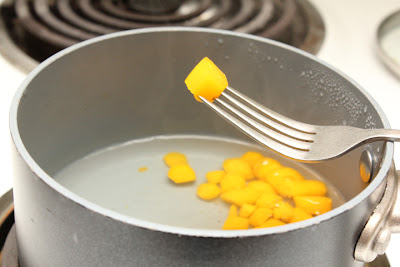 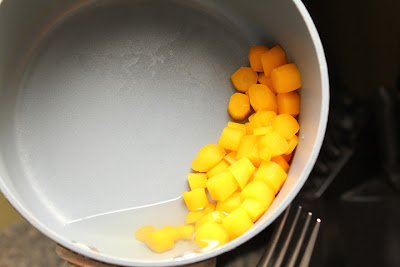 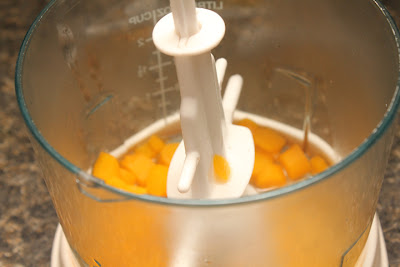 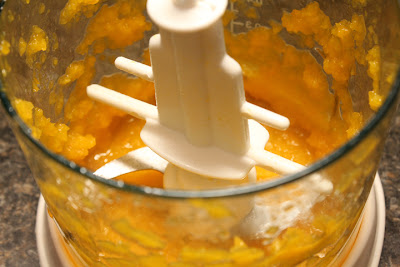 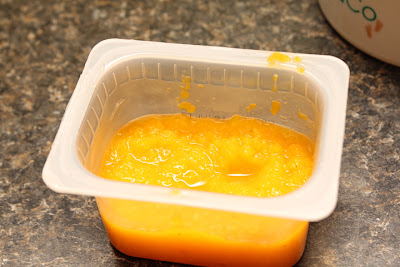 Did he enjoy it? I think the pictures speak for themselves: 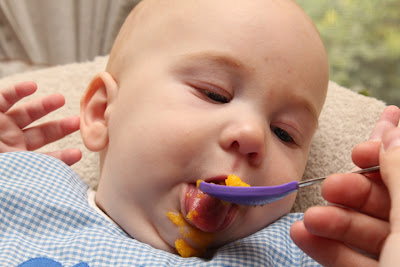 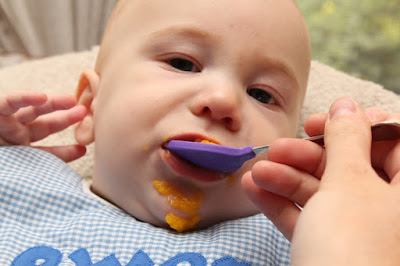 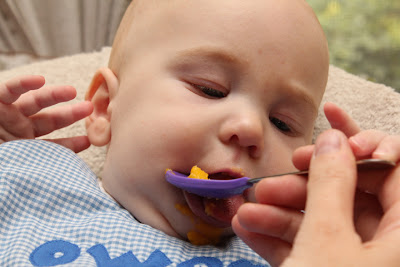 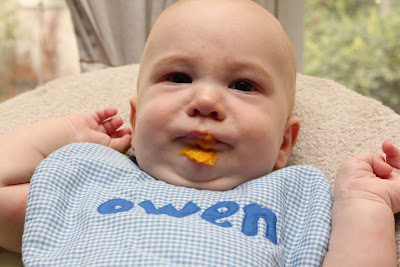